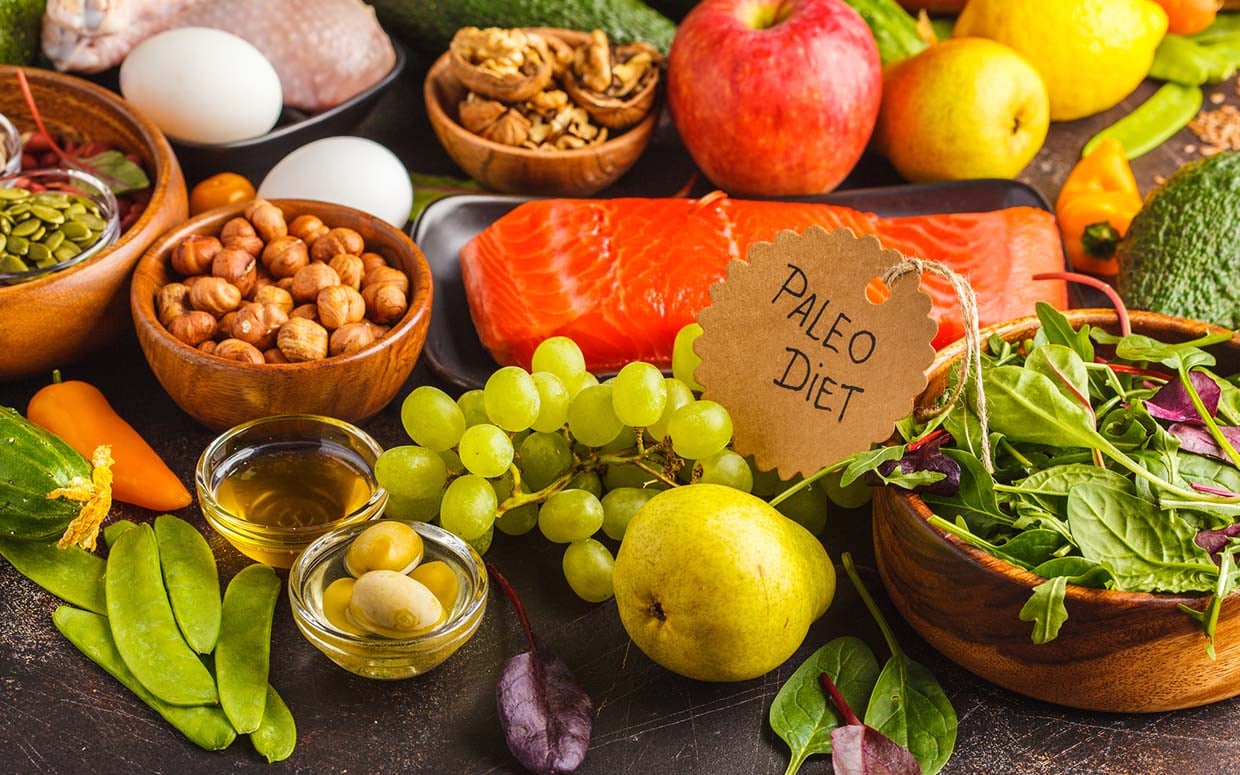 The inspiration for the Paleo diet is ancient, literally. The creators of this diet feel that the human body is meant to eat the way many believe our ancestors did, way back when in the paleolithic age. Founder Dr. Loren Cordain believes that our bodies were programmed to eat this way and that he and his team have simply done the work of gathering the science behind the paleo diet.

So, how did humans eat in the paleolithic era? According to Cordain, they definitely didn’t eat like we do in the Western world. There were no refined grains or sugars and humans ate what could be hunted or gathered. Thinking about giving the Paleo diet a try for yourself? Here’s what you need to know first.

What is the Paleo diet?

The Paleo diet is a diet of whole foods that is heavy in fruits, vegetables and meats. The educators behind the diet refer to these foods often as nutrient-dense foods because of what they bring to the table. They contain a lot of vitamins and minerals and contribute to your daily nutrition goals.

What are the rules of the Paleo diet?

Most contain too many grains and processed sugar.

While many people consider beans, chickpeas and peanuts to be a healthy part of any diet, the Paleo diet advises their followers to exclude them from their meals.

Paleo focuses more on listening to your body’s hunger cues. On the flip side, feel free to skip a meal if you don’t feel hungry.

Related: 9 Kitchen Staples You Should Always Have on Hand When Eating Low-Carb or Paleo

What are the benefits of the Paleo diet?

Because Cordain himself began his career doing academic research, it isn’t surprising to know there is quite a bit of data on the benefits of this diet. A 2007 study compared the Paleo diet to the Mediterranean diet, looking specifically at how the diet affects glucose tolerance. Side by side, participants following the guidelines of the Paleo diet exhibited the most notable changes in their glucose. Additionally, the dieters following the Paleo diet experienced the biggest difference in their waist measurements after 12 weeks.

In 2010, Nutrition and Metabolism also found that, when compared to the Mediterranean diet, individuals with heart disease who followed the Paleo diet were able to satiate their hunger and cravings while consuming fewer calories.

Additionally, the Clinical Journal of Lipidology found that 60 days on the Paleo diet resulted in decreased triglyceride numbers, weight loss and improved blood pressure. There were no notable changes to LDL cholesterol.

Beware bath bombs. Some additives in bath bombs can cause yeast infections or skin irritation. Reduce this risk by staying in the water just until fingers and toes start to wrinkle, about 10 to 15 minutes, and rinsing off after the bath to remove the residual chemical layer.

Is the Paleo diet safe? Are there side effects?

There are a few risks and side effects you want to be aware of before you start the Paleo diet. Some have expressed concerns about the potential for vitamin D and calcium deficiencies, which can be experienced by those don’t find an alternative source for these nutrients after giving up dairy and grains. Additionally, even though the Paleo diet doesn’t encourage excessive consumption of red meat, it is incredibly easy to over-do meat consumption while on the Paleo diet. This could put long-term dieters at an increased risk of heart disease.

If you still want to try the Paleo diet, smart planning can help you avoid these risks. Eat vegetables containing calcium and vitamin D or take a supplement. Stick with lean proteins and avoid red meat beyond the occasional treat.

The transition to Paleo comes with side effects, too, but most of them wear off with time. Many people describe experiencing the low-carb flu (also known as the “keto flu“), which makes them feel fatigued, moody, nauseous and achy. This typically goes away with time as your body adjusts to life without processed sugar and grains.

What are the different types of Paleo diets?

While there is technically only one Paleo diet, there are plenty of ways people have made adjustments to the plan to fit their lifestyles. For example, some may eat to follow the autoimmune protocol, which may mean they have further restrictions. Since Paleo technically isn’t low carb, there are some who make adjustments to what they eat to mimic the keto diet while eating Paleo-approved foods.

What are the best Paleo diet foods?

If you want to succeed on the Paleo diet, prepare yourself to eat a lot of produce. Both fruits and vegetables should be the foundation of every meal. From there, make sure you shop for high-quality protein, like grass-fed beef and free-range eggs. Seafood is allowed on this diet and salmon makes a great addition to a well-rounded diet thanks to the fatty acids it contains. The fat in your diet should come from approved sources, like nuts, seeds and oils.

What are some Paleo recipes?

A great way to meal plan for success on the paleo diet is to think about the foods you like to eat and look for recipes that have been paleo-fied. For instance, spaghetti and meatball lovers might find this Paleo Meatballs and Marinara with Yellow Squash Pasta surprisingly satisfying. If you find yourself feeling bored with the same meal, Cauliflower Cups with Lamb and Pesto are a creative and flavorful dinner. For busy workdays, plan ahead by putting together a paleo casserole in advance that can be reheated in the evening.

What are some Paleo snacks?

Snack time on a diet doesn’t have to be boring, and this Croodite Paleo Basil Dip is all the proof we need. Thank goodness for knock-offs of our favorite carby-treats, paleo baked goods are going to get your through when the cravings feel irresistible. For something delicious and healthy that travels well, make up a bunch of these Cashew Coconut Bites and keep them on hand for a quick treat. Of course, snack time doesn’t always need to include a recipe. Fruits, vegetables and nuts are an easy way to keep hunger at bay until mealtime rolls around.

What are some Paleo breakfast recipes?

In theory, a Paleo breakfast should be pretty simple since eggs are allowed on this diet. Of course, no one wants to eat scrambled eggs every single morning, so you’re going to want a little variation. We love this collection of 7 Paleo Breakfast Sandwiches which includes a Mcgriddle Copy-Cat and a Portabello, Avocado, Bacon Sandwich.

What are some Paleo desserts?

You don’t have to ignore your sweet tooth on the paleo diet. Unlike a similar diet, the Whole30, its OK to knock-off junk food with approved ingredients. Plan to eat delicious desserts to avoid reaching for the wrong thing when you’re craving something sweet. Maple Pumpkin Pie, Chocolate Chip Walnut Cookies and 2-ingredient fudge are great examples of healthy, Paleo dessert recipes.